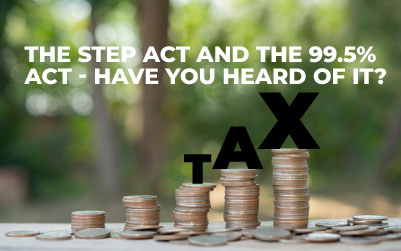 Both of these acts are not up for vote or in a final version, but it's clear that change is on the way. In this article, we will give you a brief introduction to each Act that is being contemplated by the powers that be. Let’s start with The Step Act.

The STEP Act proposes a one-time exclusion of up to $1 million of inherited capital gains. If there is more than $1 million in capital gains (which can include a business plus real estate), families must pay the capital gains tax. One might ask themself, what is an inherited gain. In layman terms, an inherited gain is when you inherit something, usually land or some other type of real property, that is worth more the day you inherit it than what the original owner paid for it. The Step Act does contain a current proposal that would allow any taxes to be paid over 15 years (how kind of them!). However, the proposal does currently state that until the taxes are paid in full, the government would place a lien on the property. Generally speaking, a lien on a property could impact the heir’s ability to refinance it, until the debt is paid. It’s common that when someone inherits land or real property, if they do owe any taxes related to that, and they want to keep it, their only option is to get some type of financing to cover that tax bill. In our opinion, this proposal would greatly impact family-owned businesses, such as farms, nurseries, ranches or even just regular folks that want to pass down family land to their heirs.

Now let’s chat a little bit about The 99.5% Act. This act is being proposed by Senator Bernie Sanders, would reduce the Estate exemption from $11.7 million to $3.5 million, raise the estate tax rate, reduce the annual gift tax exclusion to $10k from it's current $15k and more. So, what does that all mean? Let’s break it down a little more. As it relates to the Estate exemption, if the 99.5% Act were enacted and a person dies with a $10 million estate, estate taxes of approximately 45% would be owed on $6.5 million. For those of us that are math challenged, that’s about $3 million Uncle Sam would be entitled to. Whereas under current legislation, no estate taxes would be owed. Raising the estate tax rate is another section of this proposal that should be discussed. Currently under US tax law, the highest rate an individual pays for income taxes is 37%. This proposal is suggesting a rate 8% higher than that. Is that because the dead can’t talk or are we missing something here? Why would anyone want to pay more in death taxes than earning while they are alive? Last point on the 99.5% Act that we will speak about is the decrease in the gift tax exclusion. Currently under US tax law, you can give someone $15,000 and there is no tax consequence to it. Under the 99.5% Act proposal, that would be reduced to $10,000, which is what it was twenty years ago back in 2001. Now I don’t know about you, but the last time I put gas in my car it cost a lot more than it did back in 2001! Our opinion on this part of the 99.5% Act is basically a shame on you Bernie Sanders for even contemplating this. Core inflation has averaged 2% since 2001, shouldn’t the gift tax exclusion?

So now that you have a sense of what the current administration is considering in terms of tax reform for estate taxes, what can you do? Perhaps you are not worried about it as your estate is not even close to some of the thresholds being tossed around in these proposals. Perhaps you don’t have any wealthy family members or are worried about inheriting something. Look, we get it. A lot of these proposals surround themselves around wealthy people, but some really don’t. For example, let’s say John is a rancher out in Montana and he owns 1000 acres of land out there than he raises cattle on. On average, John earns less than $100,000 a year as a rancher, but the land that he owns is worth over $20 million dollars. John’s land has always been an asset that he has had to leverage to get financing when he needs new equipment for the ranch. John’s daughter Sally is set to inherit that land and continue on the ranching family ways. If the Step Act proposal is enacted, Sally’s going to owe ton’s of money in taxes on that inherited land and certainly the actual income she can anticipate earning from being a rancher isn’t going to pay for it. Does this seem like the American Dream to you? Sally would have to sell off everything just to pay the tax and her father’s dying wish for her to have the land he already paid for is now going to just go back to the government. This seems a bit too socialist for this CPA’s liking.

So what can you do in the meantime?

It should also be noted that both proposals are backed by President Joe Biden and not likely to go away, although their specifics may change. We don’t disagree that after all the government subsidies that were given out during the Covid-19 pandemic will require some tax increases to pay for all the debt our nation has incurred, but I for one don’t think this is the best way to go about it. 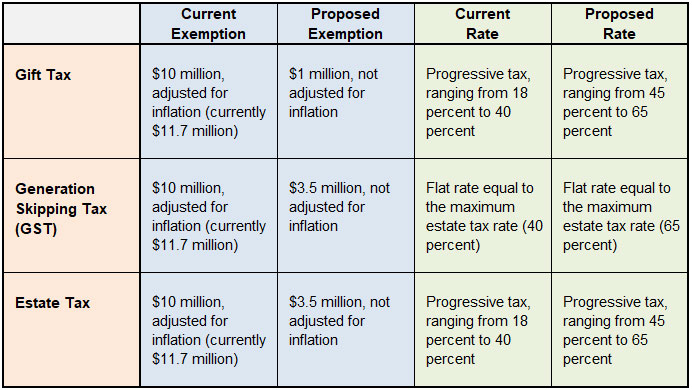 If you would like to discuss this topic, book a free 30 minutes consultation with our owner Matthew Shiebler, CPA. He’s been practicing accounting for over 25 years now and is a business owner, just like you!